how to be successful in small {handmade} business! part five. 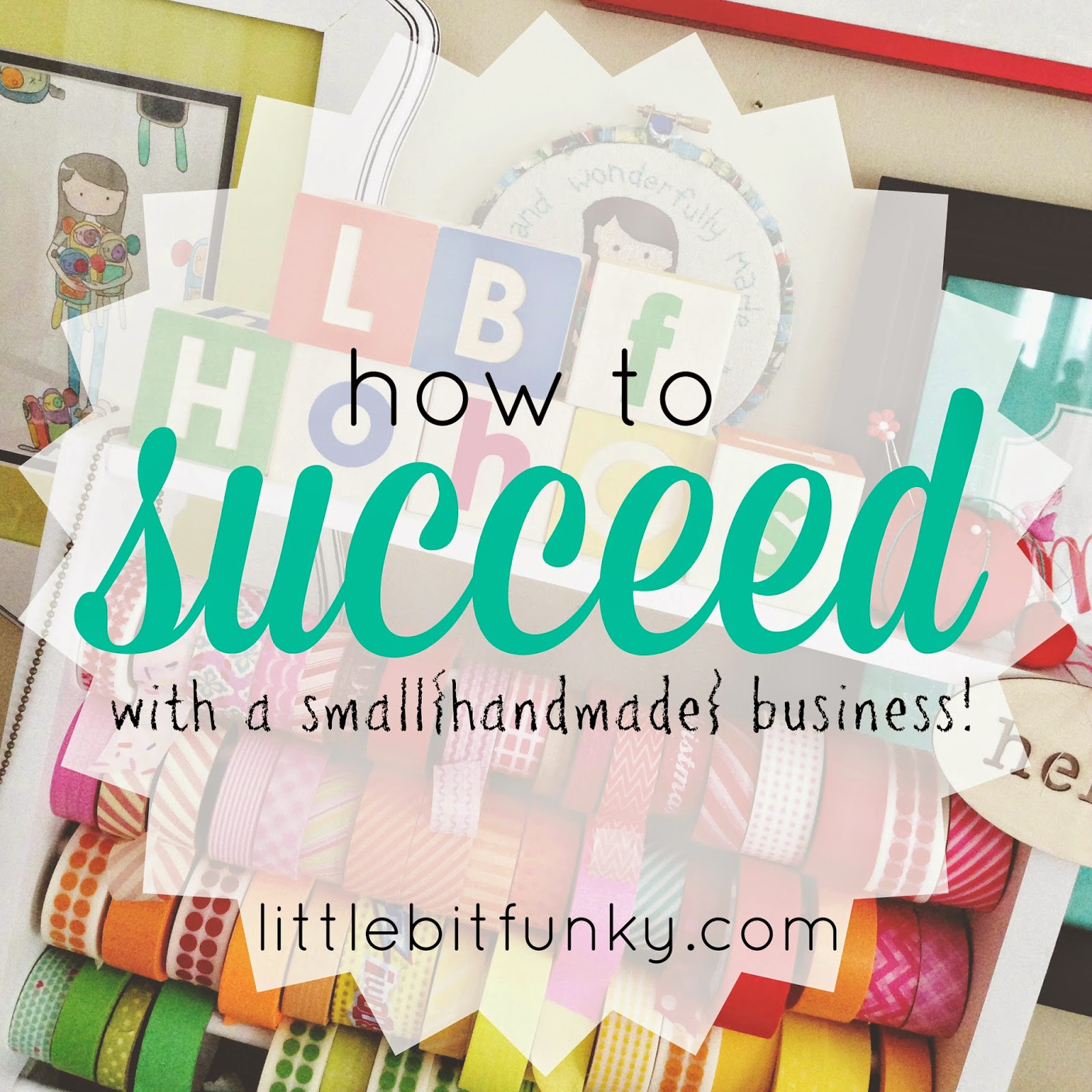 Here is part ONE.  And part TWO. And part THREE. And Four.

The end of the last post in this series left me just on the verge of completely my first year in small business.  I had begun to add hand sewn items and sewed a few cards but in general, I was all paper products with a few other random crafts thrown in.

For years I owned a really crappy Singer sewing machine.  It was "new" but all plastic and a complete piece of junk.  Once I finally decided I wanted to sew, around March or so of 2008, my crappy machine just frustrated me.  At the time, I thought it was ME but really, it was the machine.  I never stood a chance.  I tried and tried but it never worked for me.  And then...

I remember very clearly Doug coming over to me at the dining room table (the craft room of all crafters, right?), seeing me frustrated and asked "Do you really want to sew?"... "well yes"..."then let's go get you a real machine".  And within days we were at the Viking Sewing Center.  For some reason, known only to God, my darling husband simultaneously believed in me and saw something in me that I didn't know was there.  And then paid approximately $300 on a new Viking sewing machine.  A big deal for a family living on one income.  And considering that I still had no intention of "sewing for a living".

And it was amazing.  The machine ran like butter.  So smooth and effortless.  I had a couple of project books a friend had sent me and in those books were a pattern for these bears.  A good machine really makes a difference!  And this was my first ever sewn bear that appeared in my shop: 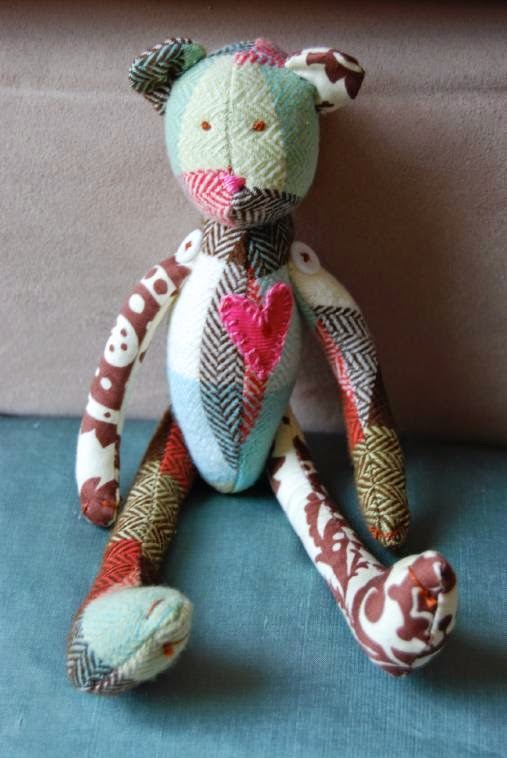 And I was hooked.  Loved him and it.  I remember buying the smallest bag of poly-fil I could and Doug commenting on how I would never use it all (I buy a ten pound box a week now!!). 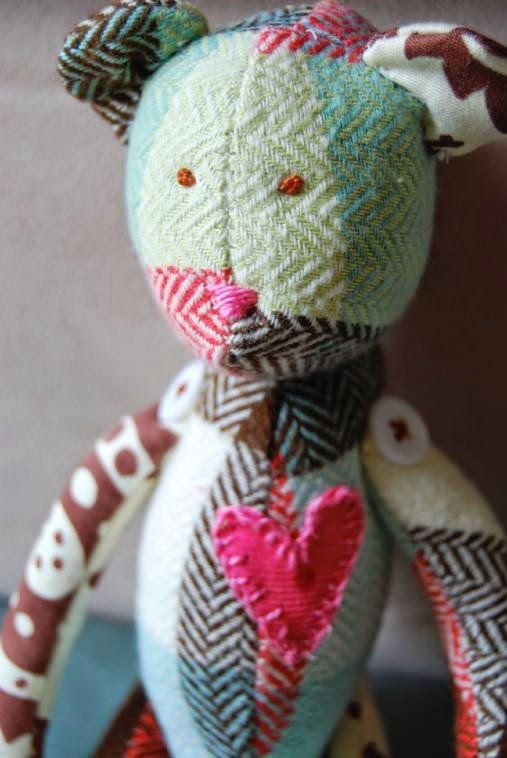 It was fun!  I learned a lot with google and blogs.  I can't recommend googling enough.  I often say "With Jesus and Google I can do anything".  And that's the truth.  Everything I learned was online.  Tutorials taught me a lot and I was also not afraid to just try! 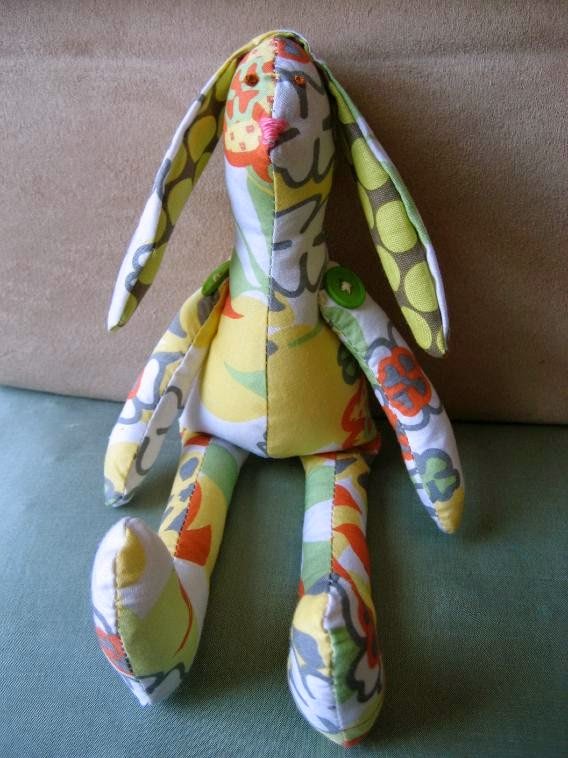 This bunny was also one of my firsts, I made several that first year of sewing.  This is where I fell in love with fabric and pairing awesome combinations.  I bought a lot of "scrap packs" and loved them, a great way to get lots of designer fabric for a low price. 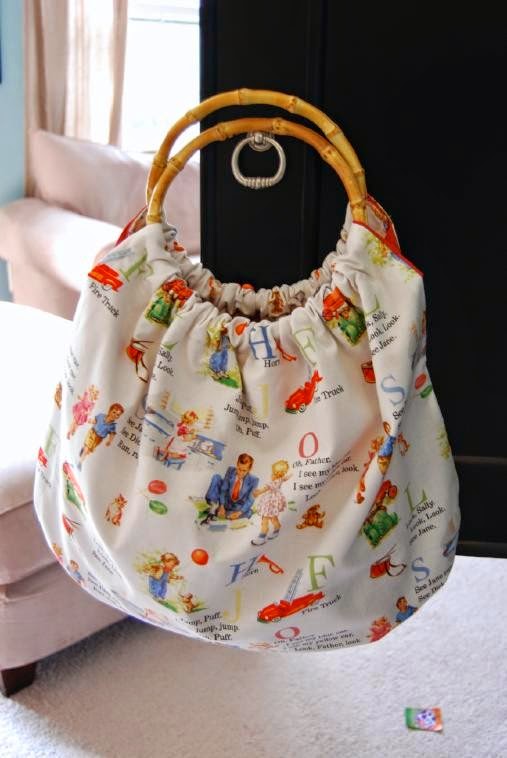 I also started making these bags here and there as well.  Like my cards and paper products, my sewing came in waves, the more I learned, the more I did.  I loved it.  I fell long and hard for sewing and it kept going from there...and I was still a long way off from sewing for a living!