The Benefits of Choosing Love 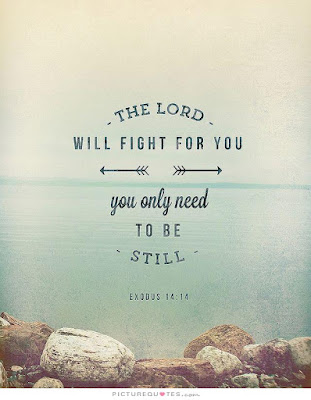 This past year and a half has been a challenging time for me.  Perhaps the most difficult season of my life and for lots of reasons.  Consequently it has also been a time of great lessons and growth in my Faith.  Hard times are never wasted if you allow them to also be growing times.

I've (and many many others) lost a church I have loved for 15 years; my first real church and church home. The idyllic setting of my "growing up" as a Christian, really.  It was a wonderful home to learn in, grow close to God and see the benefits of authentic love and living.  Losing it has been like watching your childhood home be bulldozed.  The parts of it that I held most dear, tossed to the side and a thing of the past.  You would never recognize it now.   Yes, I and many others are still mourning it.  It's been a substantial loss, like 1,000 deaths of 1,000 things.

Along with that I have lost some really deep relationships.  People I have loved dearly for most of those 15 years or some of them, have become complete strangers.  They've stood by as my character has been assassinated, never once coming to my defense, or coming to me to discuss it and have been OK with being told to never speak to me.  People who have walked beside me through long and hard times, who have seen and know who I am really am, have cast it all aside at the lying words of just a few people.  It's a new kind of betrayal that I had not yet experienced until now.  And sadly, I've not been the only one.

Along with that, a long term attack on my character.  Blatant lies and stories have been made up about me and sold as truths.  Deceptions so deep and on so many levels, you wouldn't know where to begin to untangle them.  Someone needed to be blamed for a mess and so for many months, I and a friend have been pointed at.  We were/are a distraction, a scapegoat, a place for hurting people to aim their anger, though we had no hand in the mess.  And it was swallowed up.  Swallowed whole and taken as truth by people I have laughed and cried and eaten and celebrated with.  Not a soul has ever come to me or her seeking the truth.  Lies were told (and still told) and heard and believed, as simple as that. We've been unfriended and blocked and ignored publicly.  It's been a special kind of hurt because these are adults we are talking about.

But God is good and He has made it all worth it!!  Because He is the source of my strength and my endurance, He has upheld me.  Because I know that He knows the truth, it's been a source of comfort for me.  I have had to trust that He would take care of things in the best way possible because He didn't release me to do anything else.  He has and is using these sad events to shape me and increase the depth of my character.  He has done some pretty cool things because I have tried to get out of the way and let Him.  I've been able to learn from past experiences where I've gotten IN the way, bringing meaning to old lessons as well.

One example of the awesome things He has done was the amazing response to this post.  It was written because I knew He told me to write it and it reached people I never could have reached otherwise.  Not only did people who were part of that situation respond amazingly {and with resounding AMENs} but people who were dealing with things totally unrelated did as well!  More people than I can count were helped by those words.  I'm still so humbled that He allowed me to help in some way.  Relationships were restored, hearts were mended, people brought back into the circle all because of a "you are not alone".  He is amazing to not only call me to do a job, but then allow me to see some of the fruit of it as well.

Throughout all of this God has said many things to me, one of which is "Be Still".  He has called me over and over to be quiet and not try to defend myself.  Not to engage those who were seeking to persecute me.  Not to reach out to confront those who were doing wrong and believing lies.  Just be myself, allow who I am to shine and be ready to love.  He has challenged me to choose love no matter what, getting rid of any qualifiers and conditions.  He has told me repeatedly "love your enemy," to the point that it's hard to see them as an enemy, though by definition of their actions that is probably the case.  He has told me clearly that my only job is to love.  His commands to me are what is best for me and this is a good example of that.  I could be knee deep in someone else's bull crap right now but instead I have peace.  I trusted {and continue to trust} and He came through.  Because I am not IN it, I {and others} can be a safe place for those who leave it.

In this season I have thought of Jesus {though I am no Jesus, for sure!}.  Thought of the times where He was persecuted in a similar way.  When lies were spread about Him, He didn't rush to defend Himself, He let His Father do it for Him. He didn't rush in to fix it.  He didn't respond to vile behavior with anger or wrath or hatred, He readied Himself in love.  "Tender and mild" were the conditions of His shield.

I have tried really hard to let this behavior be my example.  This has been my goal.  Not to respond with anger, but trying to have compassion.  I have not been perfect but I have done well, I feel.  I get angry and upset and hurt on a weekly basis even still but I keep coming back to the mending command of "be still".  It has been most challenging to me to just hear what is being said about me, the actions taken against me, the people not standing up for me, all of it...and just take it on the chin.  But like with a muscle building exercise, I have grown stronger over time.

You see, a pattern has emerged in this whole scene.   Specific things occur {there is a very typical pattern} and eventually people emerge from this place hurt, lied to, angry and confused.  Real truth is something they have to figure out again. They begin to see the lies for what they are.  These are people who need love and understanding. People who need their feelings validated, need a "me too", a "you are not foolish" or a "no, you aren't crazy." People coming out of this have needed a soft place to land. And that is where love has come in. I've seen it dozens, if not hundreds of times first hand.

Choosing love and not anger has readied us all here in the "post event" world.  Choosing anger would not only be confusing to those coming out of that {"Maybe they were right about these people?"} but it would cause more damage.  It would cause an already lost and wandering flock to continue to wander further in the wilderness.  Choosing anger would continue to damage us all.  We would carry that heavy hurt all over.  Hurt people, hurt people.  People coming out of that situation have been ashamed, and angry and confused and felt guilty and needed love in desperate ways.  Anger would have shut the door to them and their healing.  We have no right to do that.

Choosing love on the other hand has allowed for our actual character to shine and be our truth.  It has opened the door wide for forgiveness and acceptance and Joy to take root again.  It has allowed those hurt and damaged people to come to us and feel loved again.  We have had person after person after person come to us and apologize for going along, for believing lies or at the very least not defending our character.  God showed them truth, after all.  We have had more people than we can count say "Wow, the things they are saying about you aren't true!"  None of this would have been possible without a posture of love! We have allowed the healing process to be expedited because we have tried hard to obey.  In being obedient to Him, He has allowed us a front row seat to receive hurting souls back into the circle.

Choosing love has allowed God to be our vindicator! He is our defense.  Because we have tried hard to allow Him to be the one to stand up for us, it's been a much cleaner path to reconciliation.  Choosing love over anger has allowed us to not make a bad situation worse.  There are so many times we could have flared up with anger, lashed out and spoken up for ourselves.  But, it would not have been nearly as well done, as enduring or as loud as having God do it for us.

The point of sharing this?  To encourage you to choose love.  It's a much cleaner, direct and healthy response to drama than anything else.  It extinguishes the fiery flames of the enemy.  It creates a shelter for you when you need it.  It cleans up a mess instead of adding to it.  It soothes your soul and others as well.  It is the best possible use of an excess of emotion.  It gives you peace.  It frees up your time.  It allows a mess to be contained to the people making it.  It speeds up healing.  It grows your character and builds your endurance.  It helps you focus on the people of a situation and not the actions.

I hope this will encourage you to trust what may be going on behind the scenes.  When you feel like no direct action is occurring, God is doing things at His speed and time!  We could rush it and do it our way or sit back and watch His wonder!

In doing our best to walk a challenging time well, He has not once or twice showed us redemption, but countless times.  Every single person that has come out of that has had their veils removed and truth become apparent and that has been an amazing reward for obedience.  And not only have people come back to truth but those who were once against me, have become for me and friendships have been restored.  Love made that possible.