Why is Community Vital 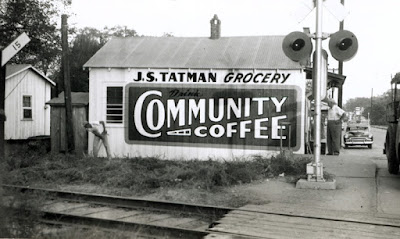 To say this last year was difficult is an understatement.  Right about this time last year I began to feel an inkling that God was calling us away from the church we had been attending for almost 15 years.  It was a painful revelation and one we slowly and carefully considered but the red flags we spotted could not be denied.  It was an issue that we would not be allowed to shy away from.

The main one?  A dismissal of community.  I was told at one point that this "new church" was going to "get away from the idea of community", that people had begun to value it TOO much and that we had to get back to having God first.

I don't even think that those involved knew how hurtful those words were.  The 15 years I had spent at that church were ones spent deep in community, the soil of growth I experienced with Jesus.  Community was the reason that I had learned anything at all about God and His ways.  To be told that we "had to get back to God" implied that we had not been with Him the whole time.   Words were thrown around that continued to take away from the experiences of many during those 15 years.  Things like "God has finally showed up in worship" to "we have never been more spiritual" were sly and camoflaged ways to insult those of us who had been there all along, though maybe not meant as an insult.

I mourned a lot this last year but most mourned was the loss of this community.  It was truly a dream team of characters.  I watched my people wander away in different directions.  Like a plate shattered on the ground, the shards going every which way.

Come January I purposed myself to rebuild that community, regardless of what church people were attending.  I cared much more about the Church than the church.  My people were wandering and hurt and we needed each other something fierce.  I was building bridges and mending fences and making peace.  This former community needed each other, it was that simple.  We worked on it.

But it was not easy.  Sometimes you have to rest on the only thing you know, despite how anyone feels about it.  I knew that I needed this community and that others needed it, too.  I had to approach rumors and get truth.  I had to do scary things to get at root causes.  I had to be exposed to reality and tear away lies.   I had to lose a little to gain a lot.

But I learned some good things this last year. I learned that a good, solid, community is essential to a walk with Jesus.  We were created to need one another.  This past year we experienced the dryness of a dessert without community and walked into the lush green of a jungle of community.

Our community is tighter than ever, the Jesus in us is thriving.  He is part of the knit that holds us all together.  We hold onto one another tightly.  We are careful with our words and treat each other with the dignity of knowing that we each belong to Him.

We know now, without a doubt, the richness that our community holds.  And the more fiercely we love one another...the more Jesus shines His face within us.  The result is a love that overflows into our neighborhoods, our jobs, our families, our everything.  Pouring into the community of your church family only enriches all the parts of your life.  Everything gets watered.

That is why community is vital: Everything gets watered.