Could you forgive this? 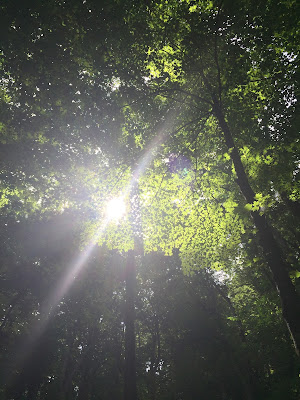 So.  I'm sharing this because maybe it will make you think, like it got me thinking.  Because of this thing, we are making changes in our daily habits that will avoid who knows what tragedy in our lives.

A couple of weeks ago I was reading an article by dear Glennon over on Momastery. It was an entry about a conversation she had with her husband about cell phone usage in the car.   There were several points she made that stuck with me (I can't seem to find the article at the moment) and made me take the time to consider how we use cell phones in the car and how we don't.

First, I want to be clear, I (nor Doug) are driving down the road texters or look at the phoners.  We only looked at red lights or other times where the car was stopped.  It makes me crazy to see someone going down the highway at 70mph sending text messages or otherwise occupied on their phones.   Those people are idiots of the highest degree.  That's not a task you can be "good" at I don't care what you think.

BUT.  Recently we discovered that Moses and Aaron will be driving one day.  (shocking right?!) and this article really made us consider the kind of behavior we want to model for the boys one day and expect them to follow because it is what WE do as a family.

Towards the beginning of the article by Glennon she and her husband asked each other "If something tragic happened in the car because you were "checking your phone really quick", could we forgive each other?".

As in.  I had to think...if Doug was driving with the boys in the car and glanced at his phone and as a result of that glance, someone (Moses or Aaron or Doug especially) was seriously injured or killed, could I forgive him? And vice versa.

Well.  We felt like we could but who would want to add that stress to a marriage? Who, if they could prevent it, would want to risk that?  Why would we ever want to test that assumption out? Who wants to volunteer to walk down that road to forgiveness? Sure we could get there, but at what cost?

So while we feel like we are pretty safe "phone drivers" we are revamping our policies to "What will we expect of Moses and Aaron when they get behind the wheel of the car?".   We want to be safe and then some.  Not so close to the edge where liberties could be taken.

And that expectation is absolutely NO phone whatsoever as long as the car is on.  It's a work in progress honestly, because Doug and I do talk on the phone while we are driving but we don't start a call while driving.  We are looking into hands free sets to make that even better and safer.

But we have eliminated all "stopped at red lights" checks.  The phone is expected to be put away in a place where it will not tempt us to "take a peek" or steal a quick glance.

And it is policed.  We have already talked to the boys about the how and why of what we are doing so if either of us is tempted to bend the rules, they are sure to let us know.  We also talk to them about why it is dangerous and they love to spot a violator going down the road.

Make no mistake.  If you text while driving, you are an idiot.  No bones about it.

Being vigilant in this area is especially important.  While checking your phone at a stop light or the like may seem like not such a bad thing, it does distract us and keep us from looking around and noticing what is going on.  Not being distracted may save an accident as much as not texting while going down the road.  Checking at a light implies that what is going on on the phone, is much more important than what is going on around us.   And that is just not a truth.

So, just putting this out there in case you needed a kick in the pants like me.  Even if you think you are safe, you can always be safer, there are better ways to do just about anything, sometimes we just need a nudge to look it over.