how to be a good mother {kudos to you} 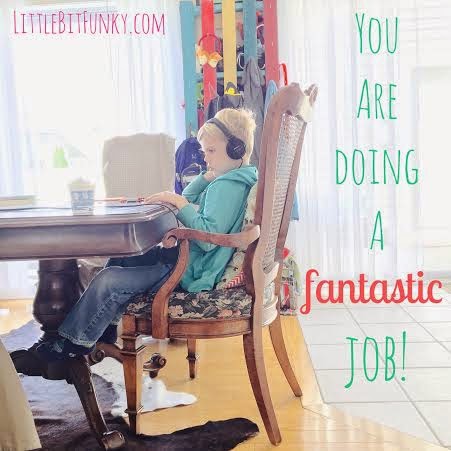 This week my heart has been heavy for mothers.  Mothers who are susceptible to how others think they should do their jobs.  How articles define them as a good mother or not.  Mothers who think they are failing because they do x, y, & z instead of a, b, & c.  Mothers who don't feel they measure up to standards that have nothing to do with their lives or their kids.  The internet is full of "do this and not that" in whatever serving size is suitable to make you feel like a terrible mother.

I'm here to tell you the actual requirements of being a good mom.  But first, here is a list of things that do not go into the total sum of "being a good mom":

You get the idea, yes?  NONE of these things really matter.  They won't matter when your kids get married and go out into the world on their own.  They won't think back to their childhood and hate you for all the boxes of mac and cheese you served.

All of this internet "knowledge" on how to be a "good mom" {whatever the hell that means to the world} is nothing but sensationalized nonsense created to get a click.  They don't know YOU!

Please keep this in mind when you read any articles about motherhood: THEY DON'T KNOW YOU!

The truth is that if you set yourself up to live up to standards that just don't {or shouldn't} matter to you...you are setting yourself up to be a terrible, grumpy mother.  It's like asking an orange to be a banana.  It just won't work.  So that is how to be a bad mom, if you'd like to know.

Now, want to know how to be a good mom?

Get up every morning and first thing: get rid of all your damns so that you don't have any left to give about what other people think of you.

Here's a list of people whose opinion of your mothering skills doesn't matter
{no offense to any of them}:

your husband {assuming he is a good guy and all, of course}
and tentatively, not based on popularity of answers or candy delivered, your children.  Keep in mind that they don't have to like you all the time {though it would be nice of them to throw you a bone here and there} and you aren't there to be their friend, you are there to help them not become a sociopath.

Once you've gotten rid of all your damns do this:

Go forward and do the next right thing.  Repeat.  Repeat. Repeat until it's time to go to bed and wake up and repeat again the next day.

Make decisions based on what is good for YOUR family and YOUR kids.  All children are different.  I have one kid who needs to go hide for a while if there are a ton of people around and one kid who needs an ankle monitor so that I know where he is.  They are both great kids.  It doesn't matter what anyone else thinks of them because their father and I do our best to see them as individuals and treat them as such.

So that's my advice on how to be a good mom {and really how to do life well}:

Just  do the next right thing.*

*based on YOU and YOUR life.  Ignore the internet.  The internet is like that crazy drunk uncle, mostly harmless but sometimes hurtful.
Email Post