using our words {lessons in the desert}. 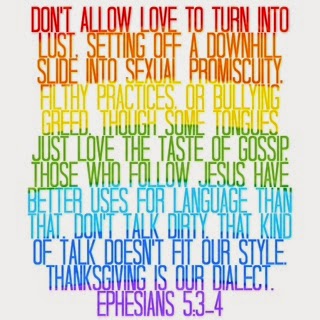 God is doing this crazy new thing with me during this season in the desert.  It's something that I have never experienced with Him.  In general, my "God lessons" are first hand.  As I am going through something He reveals to me the lesson I am to learn and take to heart.  He shows me the tool with which to shape my character and how to apply it.

This go round has been a little different.  This round He is teaching by example.  I have lost track at the moment of how many times this has happened so far this session but here has been the general pattern: God drowns me in His word, showing me multiple places where a certain lesson is being taught and then once I am good and familiar with the lesson, He reveals a real life example to me in someone around me.  And sometimes it's in a situation that has little to nothing to do with me but it's like God pulls back the curtain long enough for me to see a layer of what is really going on.

For example.  In my circle there is a person who has been openly critical of people of a certain type of personality (not a bad type, just a type they don't care for), we will call her Alice.  Repeatedly Alice is showing outward and verbal judgements, seemingly without a care.  Now I don't know Alice well enough to know what is really going on, I'm just going by what I can see as a completely uninvolved third party.  BUT this kind of stuff has been going on for some time, just "loud" enough for me to notice.

Now just this weekend, I found myself thinking about a different person I know and wondering why we aren't better friends, what about me was stopping this friendship from evolving, etc and Alice's openly critical words started in on me.  HER dialog about someone else entirely had entered into my thought system about myself and the enemy just slipped in there and started directing them at me.  "You aren't better friends because you are this kind of person and that kind of person.  Alice knows all about "your type" and she is right..." on and on.  It was like a quick little flood and before I knew it, the water was rising fast.  I was instantly confused and almost verbally said "What the heck God?!" and He immediately said to me "This is an example of not knowing the damage your words can do.  You have nothing to do with what Alice is talking about but because she is choosing to have verbal diarrhea, it is infecting all of those around her.  Her dialect is not Thanksgiving, she is doing the enemy's work instead of mine.  Be careful what you say because you never know who is listening."

Wow.  It was an immediately amazing lesson.  So much so that I told it to Doug almost immediately.  It would have been profound if God had just stopped there.  But He didn't.  We were at church the next day and our pastor said almost exactly "You never know how your behavior will effect someone".

And it's true.  Thinking our words and actions only have an effect on ourselves is PURE selfishness.  We aren't so important that we don't have to gingerly watch over our words and actions.  Just like we do around our children, we need to take great care with what comes out of our mouths.

We just never know who is listening.