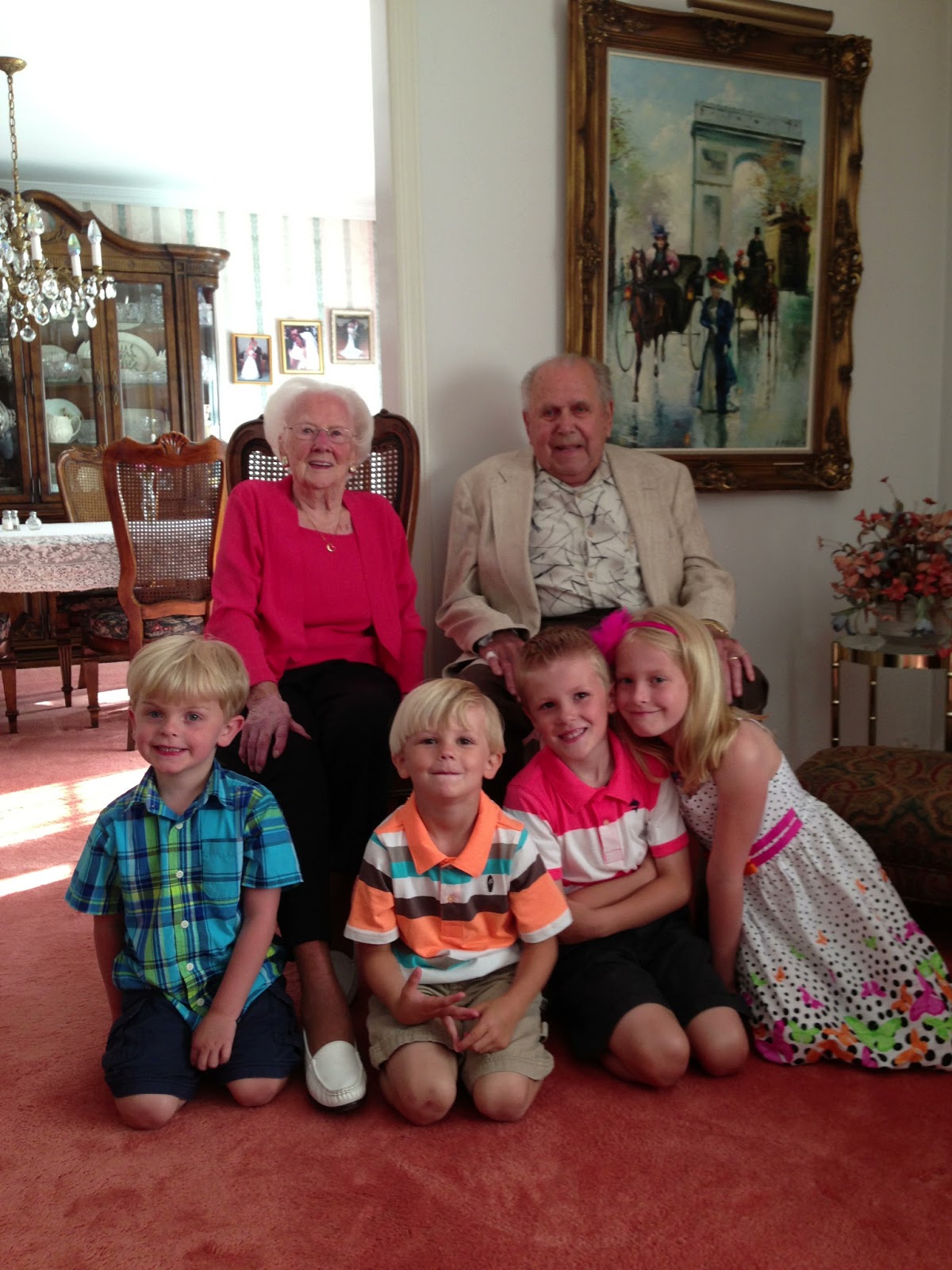 This post may be a bit of a ramble...but if you've been here a bit you know that's pretty normal.  We just got back from a week in NJ visiting Doug's family and I left there with a heavy mix of emotions.

We got to spend a nice chunk of time with Doug's grandparents who are 91.  This visit was a special one as upon our arrival it was clear that their frailty had grown since the last time we saw them about a year ago.  Our time with them this visit was precious and savored in a way we haven't quite experienced to date.   We did our best to soak up each moment, to learn a little more about their lives, to hear a few more stories and to just soak it all in.

Just thinking of a number of years that large makes my head spin a bit.

This past Christmas Doug's aunt gave each family an amazing gift...a huge compilation of memoirs and family history about his mom's side of the family.  These memoirs included pages and pages of his grandpas first hand experience of war in Japan, of boot camp, of being apart from his love (who he had only been married to less than a year) and so much more.  Reading through them this past week was pretty amazing.  Hollywood could not have written a better script, could not have developed a more interesting character or have shown how a man's character is fully developed.

Doug's grandpa is pretty fascinating.  He came to this country from Norway, alone and mostly broke at 14, have just lost both of his parents and having just had a substantial cast removed from his body.  Since then he has married, gone to war, retired, started a business, had four children, started a home for multiply impaired adults (one of his children was such and there was no where in NJ for her to live)...just to name a few character building things.  He's a mans man.  He's tough and honest.  He loves the Lord, means what he says and is no non-sense.  He's taken care of his family through a lot and he'll take care of them long after he's gone to be with the Lord.

Which got me thinking...character isn't a thing you can easily teach, it's more of an experience that you learn from.  Which got me thinking further...in a world where comfort and ease is most important and avoiding pain and hard work and struggle (which are inherent character builders), how do I provide my boys experiences that build character?  My boys aren't likely to head to Norway alone at 14, to have to face war (in a way far different than today)...their lives, as a whole, will be completely different.

So...how do I make different have the same result?

I left NJ with a new view of my job as a parent.  Raising boys to be men in a world of ever shifting standards will be a challenge.  It will take work and patience and determination.

I guess we will all have our work cut out for us, no?
Email Post