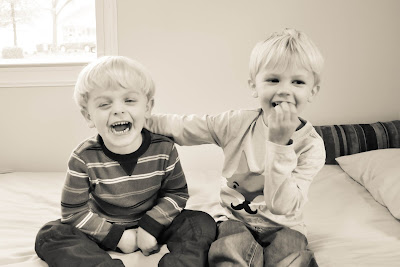 Elections and politics make my head hurt.  The truth is that you don't know the truth about any candidate.  They are excellent at pretty words and promises.  Personally, there is no earthly man's name that I want to put on a sign and plant in my yard, or cover my bumper with, or give money to or trust with my (or my kids) future, regardless of what party they claim.

Did you know that over 6 billion dollars will be spent on this election before it's all over and done with?  SIX BILLION DOLLARS.  Imagine all the good that money could do if we relied on facts, history and based our choices off of that and not commercials, spin and propaganda.  Imagine the food it could buy, the kids it could clothe and the homes it could build if our world wasn't so screwy.
The election seems less about who will be best for the job and more about who can put on the biggest show and fool the most people.

The party lines are blurry, people flip-flop overnight, they say one thing and mean another, they make promises they can't keep...so what's a voter to do?

I do believe that God cares about this election, just as he cares for all of the events in our world.  I believe that exactly who he wants to be elected, will be.  I believe that he calls us to take our right to vote seriously.  It's not a frivolous treat, it's a hard earned right to have a say in who God wants to govern our land.

I realize that writing this will open up the doors to criticism but one day my kids will read this and I want them to know that I voted with open eyes, an educated mind and a heart open to doing what God wanted me to do.

I will vote for the most pro-life candidate, because God hates the shedding of innocent blood (Prov.6:17).  I believe that a woman's right to control her body ends where another body begins.  Human life should never be disposable.

I will vote for the most pro-debt reduction candidate, because the borrower is servant to the lender (Prov.22:7).  If our country can't lead by example what hope do we have for a future?

I will vote for the most pro-work candidate because God says if a man not work, let him not eat. (2Thess.3:10).  Teach a man to fish...there is much pride and good to come from a hard days work.  Our country is becoming too entitled and demanding in things they haven't earned.


I will vote for the candidate who most closely believes a government's purpose is to reward the good & punish the evil (Romans 13).  We should be taking care of each other and not demanding the government to do it for us.

I will vote based as close as I can on God's Word (2Tim.3:16) because in the end I will be answering to Him and no one else.
I will vote knowing that whoever gets elected, God is the one who puts all men in authority (Dan.2:21).  There is peace to be found in that no matter what party you place yourself behind.
Above all, I will vote.  I will make the sacrifices of those who made it possible for me to do so worth it.

And remember, they won't know we are Christians by how we vote but rather how we LOVE, so be kind on election day too!
Email Post