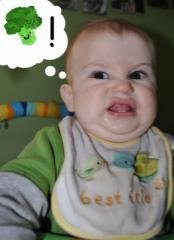 This post may raise a few eyebrows...only because I will be going against what tons of people and books will tell you in regard to how to "properly" breastfeed your child. The rules I broke are things that I think cause a lot of women to fail or struggle with breastfeeding because they are presented as 100% truth when, in fact, they MAY be good suggestions at best for some. You can't take what ANYONE says about breastfeeding to be the gospel. That's one set of rules that YOU get to make for yourself.

The first rule I broke was "Do not give your baby a pacifier until breastfeeding is well established." Now, while neither of my boys took to a pacifier long-term, they both had one for the first couple of weeks from day one, within HOURS of birth. It was either BE the pacifier or GIVE them one. Doing this definitely helped us through the first few sleepy weeks. Giving them a pacifier allowed me a break and satisfied the babies' need to suck. They both went on to be great nursers.

The next rule that I found completely annoying was "If you are breastfeeding right, it shouldn't hurt." WRONG. Just wrong. Granted, I was still learning with my first one, but by the second one I was a pro. Guess what? It still hurt for a couple of weeks with the second one. It WILL hurt until your body adjusts to what you are doing. Both WHERE your baby directly feeds from (trying to keep this PG, folks) and your uterus will hurt like heck for a couple of weeks. Saying that breastfeeding won't hurt unless you are doing it wrong is as dumb as saying new shoes should never hurt you. I've worn flip-flops my whole life, and every year when I break them out for the first time they hurt my feet. Does that mean I'm wearing them wrong?

Another rule I threw out the window? "Keep the baby on a strict schedule of feedings." I nursed on demand for both boys. NO WAY I would have ever woken up a sleeping baby, especially at night. It wasn't until they were both over 2 1/2 that I would even wake them up from a nap to ensure they would go to sleep easily at night. It made sense to nurse them when they were hungry, as their little bodies were getting on their own natural schedules, which was OUR schedule as a family.

My point here is to take anyone's advice on how to breastfeed "properly" as just a suggestion. YOU have to decide how to make it work for you. One thing I WILL say and BEG of you: if you DO choose to breastfeed, or at least try to do so, commit to it for at least a month. I have heard so many people say that they tried for two weeks but then quit because it was too hard. Well, guess when it starts to get easier? Day 15. After two weeks it becomes more and more easy to do. Your body has had time to adjust; if it has been hurting, it will fade away after two weeks; milk production will start to regulate; and overall, it (generally) gets so much easier. Just take it one day at a time.

How about you? Did you break any breastfeeding rules?

Be sure to check out all of my previous "baby posts" by clicking HERE.
Check out the Huggies Mommy Answers Facebook app!
Find more posts from bloggers sharing their experiences of motherhood on the Huggies page on BlogHer.com.