on being an eternal optimist. 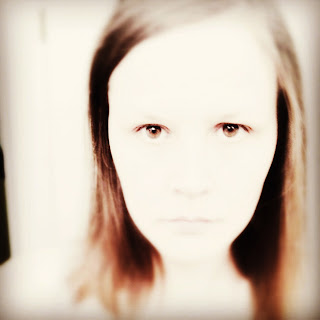 In all honesty, it's been years since I could say with confidence that I am an optimist.

For years and years I have been unpacking all the hurt, pain and disappointments from the first 20 or years of my life.  There is a point in life that one gets to where you have to make a choice.  Either you get up swinging, determined to push through, or you lay down in the dust and let weeds take you over.

I strongly believe that where there is a will, there is a way and nothing can stop a determined woman.  This I KNOW to be true.

I can remember a distinct moment in my life, where the darkness was so dark, years ago now.  That my only choice was to jump full forward into nothing.  Not delicately inch, testing the strength of the ground below me, but to immediately run full force and do a long jump into darkness, where I wasn't even certain there was ground to catch me.  My only other option was to sink into the depths of the mud and muck that I knew wouldn't kill me physically, but would squelch everything about me.  The kind of muck that leaves you empty, a true skeleton in your own skin, where every light and opportunity has long been snuffed out.

For years after the leap, solid darkness surrounded me and over time tiny flickers of light would pop up.  Over time, with work, God and prayers the light took over and became the majority but teetered a while on the half empty half full.  Scripture to me became like a chain I used to pull myself through.  One step forward and two steps back was the norm.  I longed for hope and joy.  I longed for the optimism that I once felt despite the circumstances I was in.  Optimism can exist in the dreariest of places, it's what keeps you holding on and holding out for the good.  It died that day of the jump or at least was severely stunned for years, but I knew that life with it, with no action behind it would be the worst kind of fate.

As I have worked, and the light has taken full hold once again a phenomena has occurred...optimism has sprung anew in my life.  Like a droopy plant that just needs a good drink, so has optimism finally been quenched in my soul to the point it can spread.

A speck of a dream flourishes in me with every avenue explored in depth, with wonder at every turn and joy in every crevice.

I've learned that optimism isn't as involuntary as I once thought it to be...it's not something you either are or aren't, it's a choice of perspective.   Even if it's not in your nature, you can nurture it into existence.

What do you think?  What do you consider yourself and why?
Email Post
Labels: Jesus