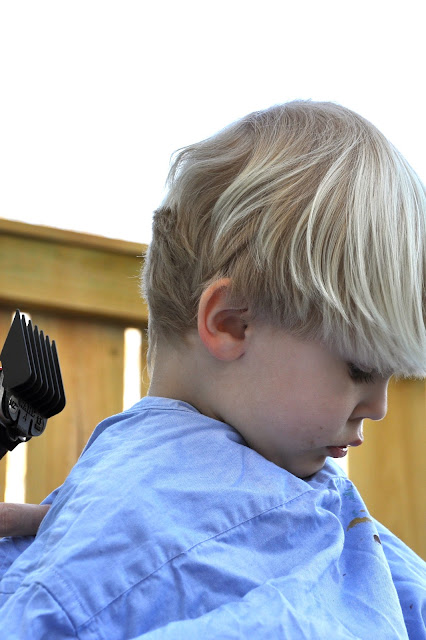 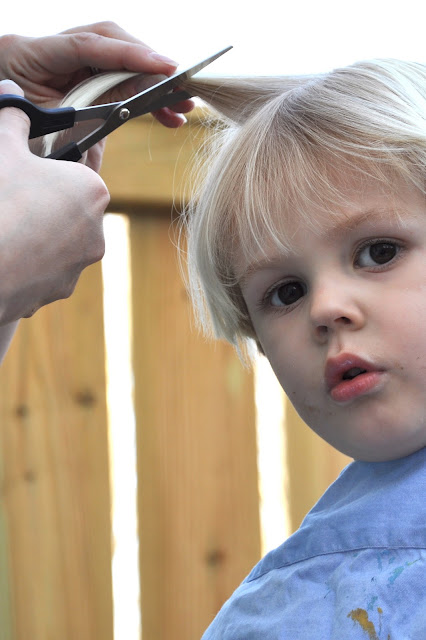 (for the scrap book) 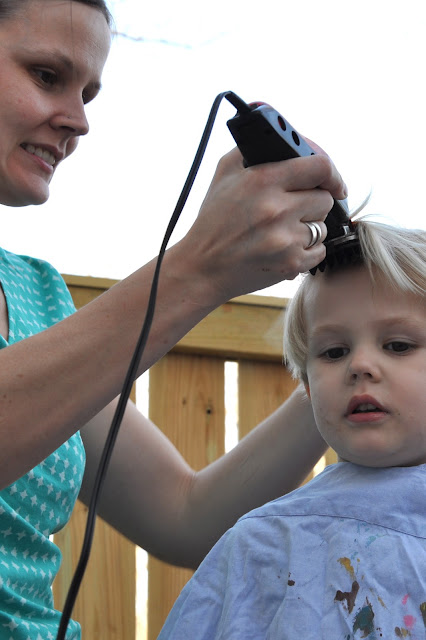 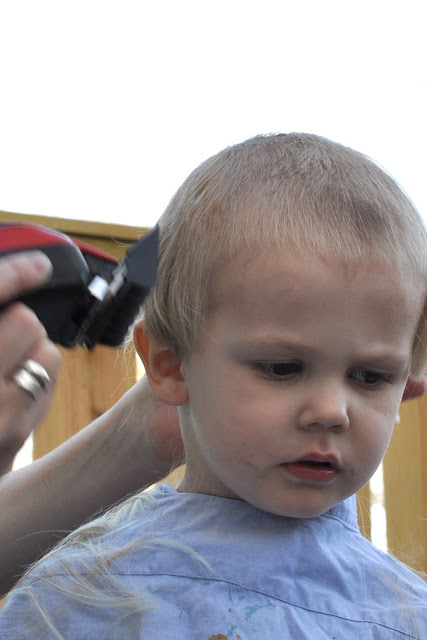 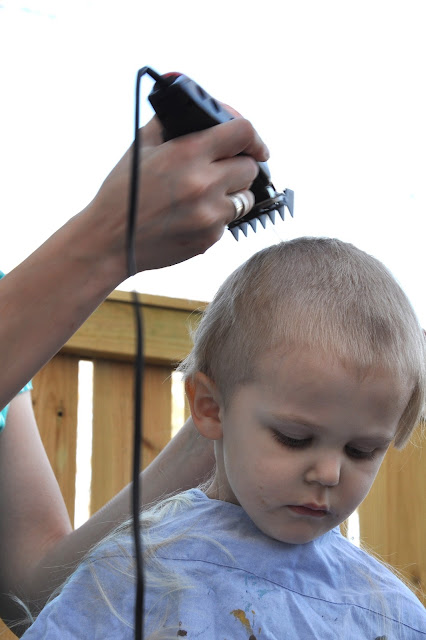 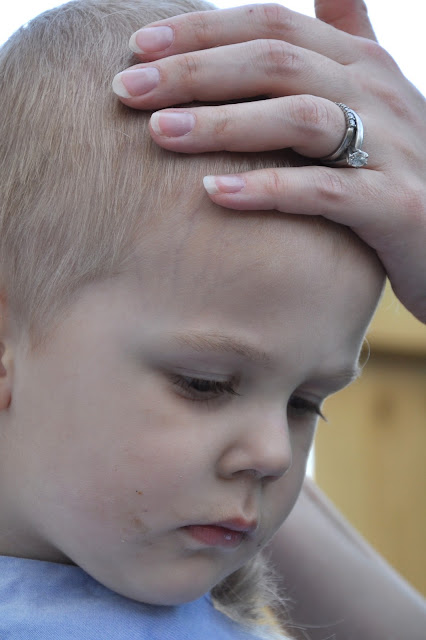 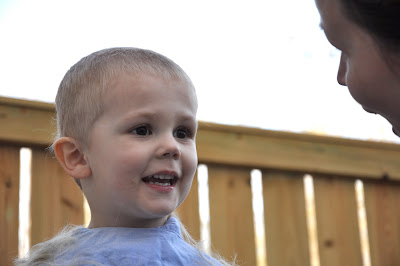 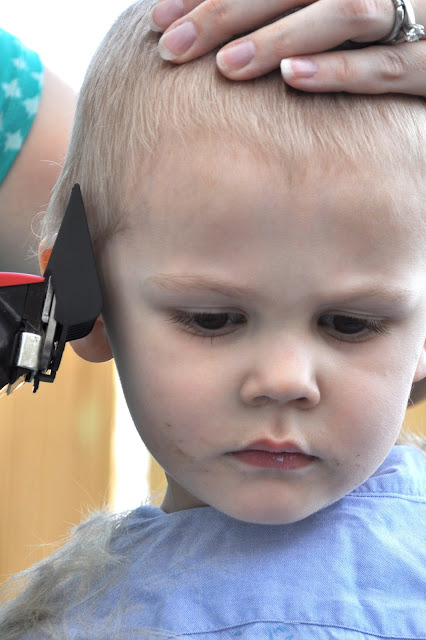 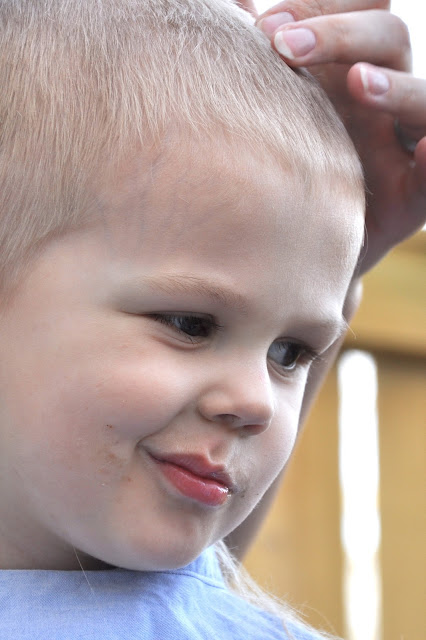 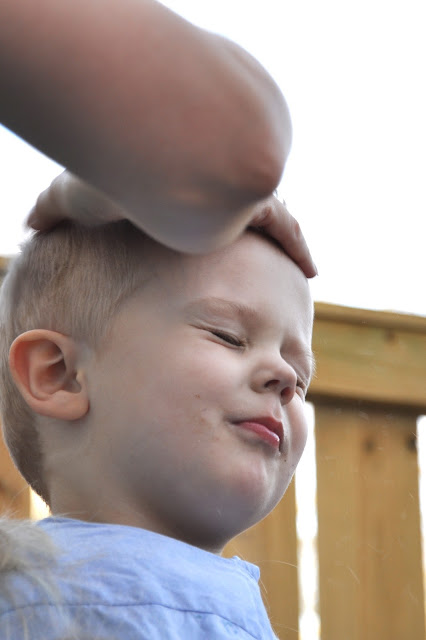 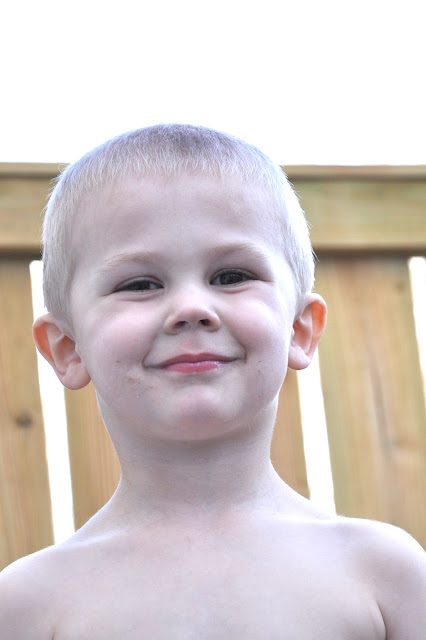 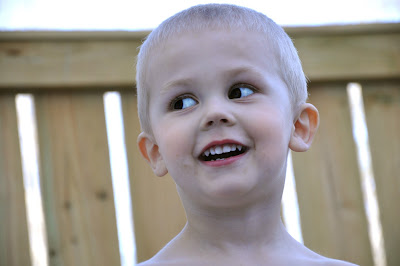 When we were done I took a photo of him on my phone and then showed him...he gasped a little and reached up to touch his head with both hands like he had no idea what was going on up there.

Still handsome as ever.

We're hoping for a Samson kind of effect...you know, like maybe his naughty was stored in his long blonde locks?
Email Post
Labels: Aaron