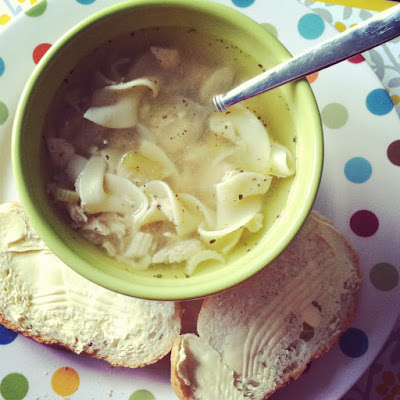 We are still trying to recover from illness...in fact this morning I had to take Moses to the doctor for what turned out to be an ear infection.  :(  Hoping and praying that we are on the mend!

Anyway, I woke up yesterday desperate for someone to bring me some chicken soup...and since I'm the mom, there wasn't a whole lot of chance of that happening.  I thought if I could just find a recipe easy enough...maybe I could handle doing it.  A little prayer and google later...voila.  I found/created the BEST chicken noodle soup recipe ever.

No joke.  Doug says it's the best homemade soup he's ever had.  And he's a picky eater.

Even better.  Prep takes less than ten minutes. And it cooks in the crock pot.

If I insist on it, will you make this?  Quickly before winter leaves us, ok?

Here's my new favorite recipe for good ol' chicken noodle soup.
Place everything but chicken and noodles in the crockpot.  Stir them all together.  Add chicken, raw.  Cook on low for 5-6 hours.  Remove chicken and cut up...I held the chicken with tongs and cut it up with kitchen scissors...put chicken back in.  Add the noodles and cook for another hour.  Remove bay leaf...Serve and enjoy! 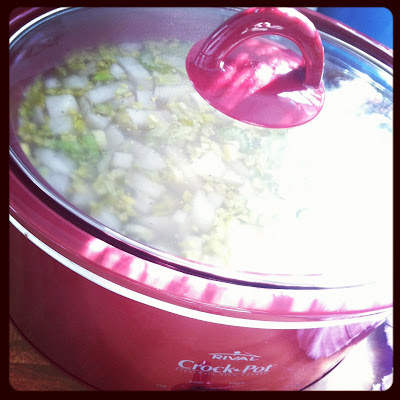 I love finding a good recipe for my crockpot!

And I just had leftovers for lunch!  The noodles were still good and the soup was still amazing!