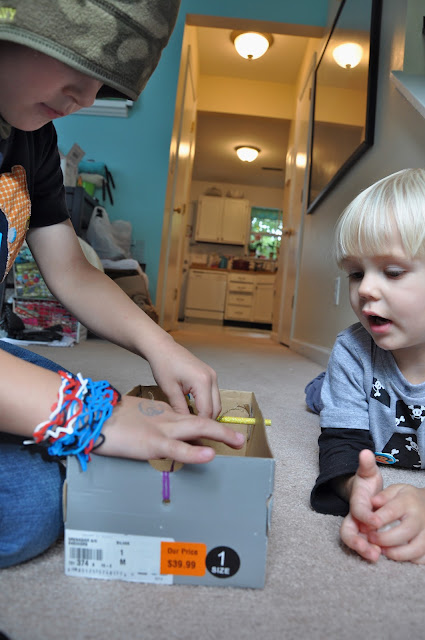 I made a catapult for the boys a couple of nights ago and it was well received and simple to do!
If you have boys (or girls!) they will love this and you most likely have the supplies on hand! 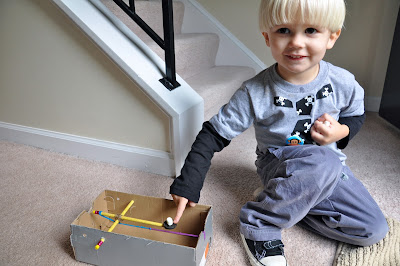 It was simple enough that even Aaron enjoyed using it.  Here, in one hand he is catapulting and in the other....hoarding a supply of marshmallows. 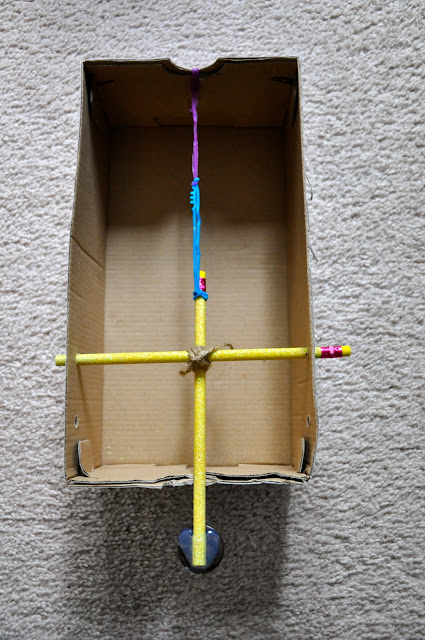 Here is how it is constructed: (idea originally from Family Fun magazine).
Tie two pencils together to form a T.
Punch holes in the box (I used a hole punch) and inch down from the top edge in the locations shown above (two for the pencils and one for the rubber band).
Hot glue  a large button or milk lid or something similar to the end of the pencil.
Using a rubber band (I used two silly bands laced together) lace one end through the end of the box and attach the other end to the opposite end of the pencil holding the button.
That's it...you may have to wiggle the pencils around in the holes to loosen them up...you may have to adjust where the pencils are tied together, etc. :) 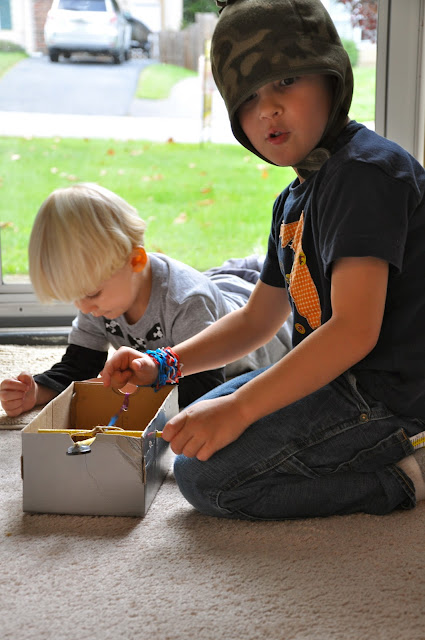 You know boys...anything that fires anything is a hit! 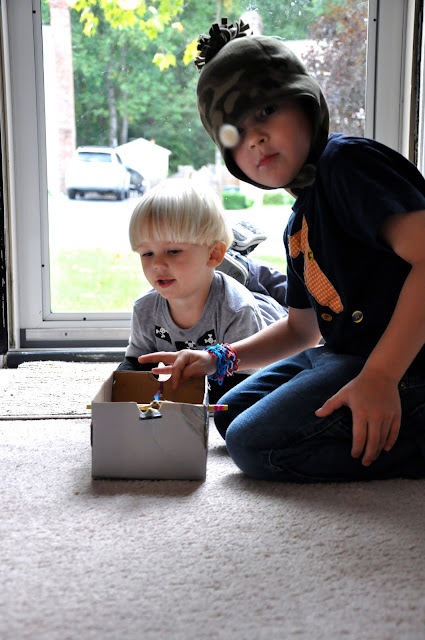 It wasn't long before Moses realized that is could shoot any small thing...like tiny dinos and such. 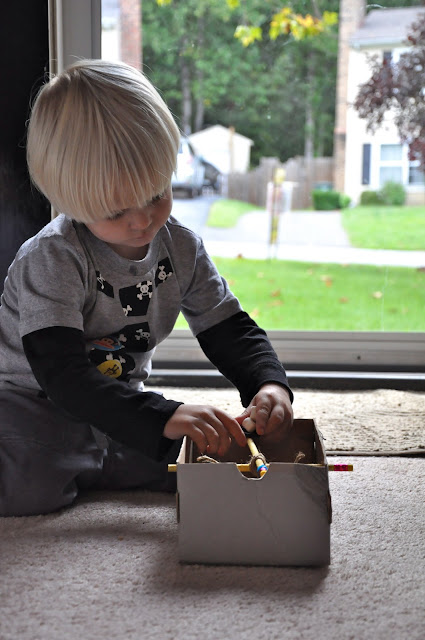 After his brother went outside, Aaron had a great time playing with this all by himself. 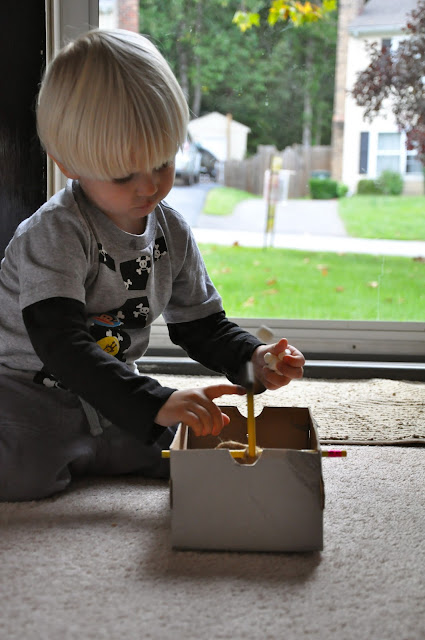 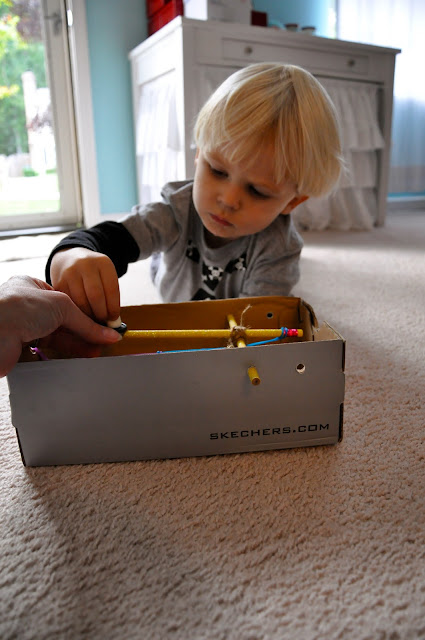 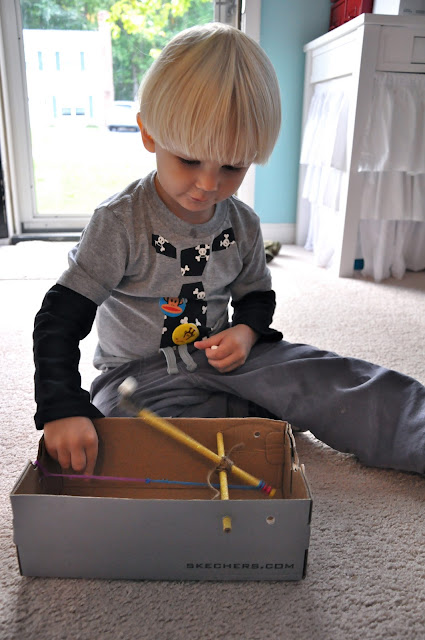 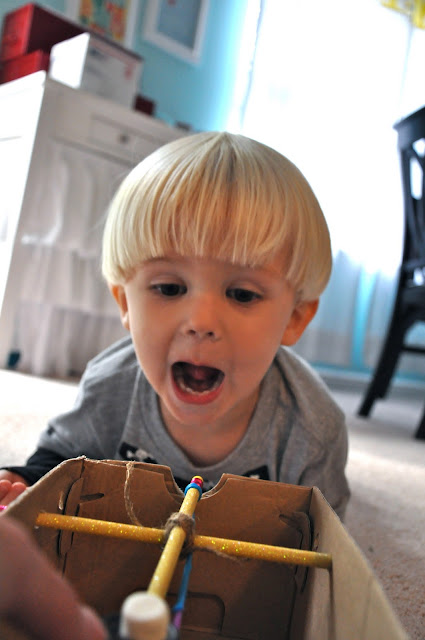 And eventually he wanted ME to shoot the marshmallows...into his mouth! :)

Have fun making this with your kids!

The winner of the Go! baby is comment number 22 from the top.  If that is you please email me all of your info plus your choices for the three dies!  I don't know who that is...so I'm going to peek.  If I don't hear from you within 24 hours I will choose another winner!

(I do it this way to prevent drive by contest surfers).