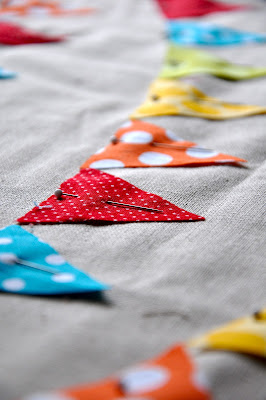 here's a topic that you probably thought i would never talk about.
it has to do with football.  something that generally, i could take or leave and not really care about.  it's a story about cultural trends.  unlearning what you have been taught by the mores of your community.  it's about learning your lesson and paying your penance.  it's about a second chance and about grace extended.  it's about not wasting talent and using the gifts God gave you.  it's about the pointing of fingers and the judgment we place on others who do things we don't understand.
randomly, i am talking about michael vick.
(google him if you need to but withhold judgement for the moment, if you can)
like i said, i am not really a football person.  but i am a fan of the comeback story.  i am a fan of athletes, who are looked up to by many, publicly learning their lessons and showing their fans that they can change and grow as people.
i am not a football person, but i have gotten into more than one heated debate with others about this football player.  this man, who grew up not far from where i went to high school.  who could have easily been a classmate had this or that detail been changed.  this player who played (what i am told was excellent) college football one town over from where i went to college.
this man who participated in dog fighting and terrible acts that surrounded this "sport".  people are so easy to dismiss him,  to throw him under the bus forever.  despite the fact that he has paid his dues and from what i can tell, is working hard to make his life right.  to use his bad decisions to teach others.
people hate him.  hate his actions.  are appalled at the fact that he would ever be allowed to play football again.  they find him despicable and not worth any sort of human consideration.
and i get that.  i really do.  the things he did were and are wrong.
a terrible misuse of the responsibility of another being.
what i don't get is that some of these same people have no problem with the athletes who have raped women or beat their girlfriends...but i digress.
what i think is that people who don't get this culture just don't get how anyone would even think that dog fighting is ok.  what they don't get is that where he grew up...it's a culturally acceptable thing.
he grew up in an area where animals are killed for food regularly...where hunting occurs for food and sport...where the local police force would show up for dog fights...i can honestly tell you, that if i, in high school, had stumbled upon a dog fight somehow...i don't know if i could have told you that it was wrong, legally...even if i would know it felt wrong as an act.
i know that i could go back to the town where i attended high school and take a poll...and that poll would tell you that dog fighting is ok...entertaining even.
it's just the state of things in some areas (of the south?).
now i am not saying that a wrong should be overlooked.
i am not saying that dog fighting should be ok.
i am just saying that you can't understand why someone does the things they do unless you can understand the complex trail that got them to the point of committing some act.
i think i have compassion on him because i get it.  i understand him in some way.  i can relate.  not because i have ever seen or participated in dog fighting...or any illegal act.
but because i will be the first to admit that i am still unlearning things that i was taught.  i just came to the realization that it will probably take me the second 18 years of my life to undo the damage and "learning" i endured for the first 18.
i have a feeling it's a similar story for him.  it's a long road to change what you grew up with.
you can read more about my learning curve HERE.
i get that you want to be judged for who you are TODAY not who you were in the past.  or better yet not be judged at all.  each day you can rewrite your history and get a little closer to the person you want to become.  i am personally praying that he is on that road.
what pains me the most about his story is the self-righteousness with which people judge him.  each person that i have gone back and forth with is certain that they are so much better than him, that their sin is so less wrong.  and often times have said as much.
micheal vick's story reminds me that we are all wrong.  that we are all sinners and blackened with the same shade of gray that sin leaves on our hearts.  it helps me to be thankful that my shame isn't spread out on the nine o'clock news.  maybe if it was, we would all be a little less quick to condemn him.
was he wrong?  yes.  are we all wrong at some point? yes.
are we the judge?  nope.
do i judge when i shouldn't?  yes.  sadly.  but i am on a learning curve there too.
it just takes one step in front of the other to get on a new path.  and micheal vick reminds me to think twice about my assumptions and to be thankful that my name will most likely never be in a headline.
and since i am also full of sin, i will pray for his best and withhold my judgement.
isn't that what we should all do for one another?
Email Post
Labels: dork Jesus