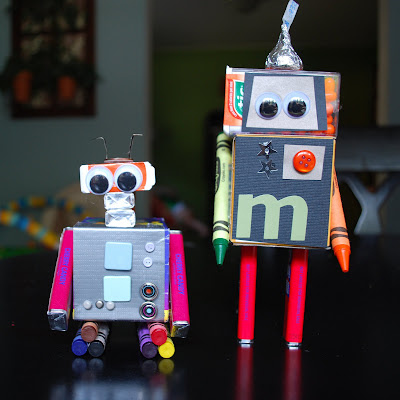 we're on a mission.
our favorite oldest son is turning three soon.
ok, october.
but i have learned since having a second child that it takes me twice as long to do things as it did before...so where i would normally start planning his party a month in advance...i am now starting two months before hand.
we want it to be awesome.
we have tons of fun ideas.
this weekend we set out to start working on our ideas for favors. 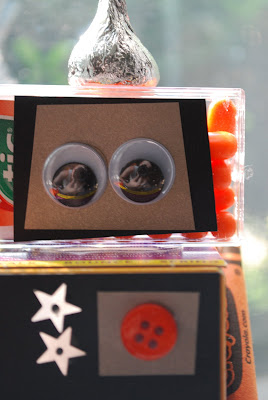 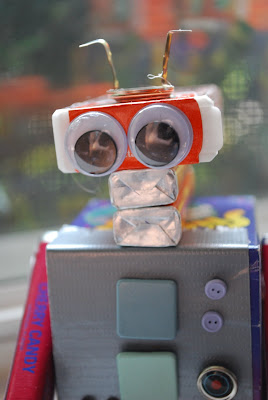 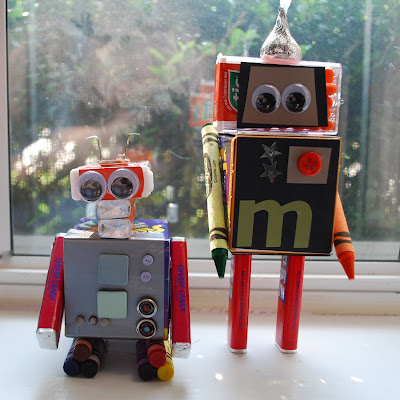 doug made one and i made the other.
he thinks his is better.
i think mine is.
so we thought we would have some silly fun.
and let you vote.
:) 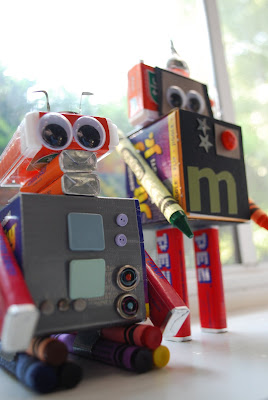 the only "rule" we had was that their bodies had to be slinkys...they are still in their boxes. 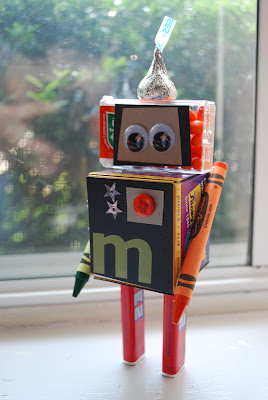 the rest of them is made from random things we had or purchased... 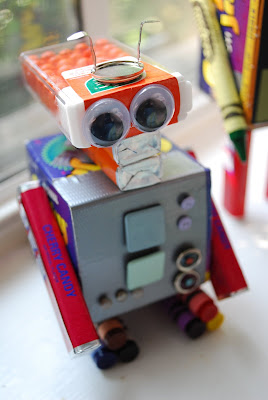 the purpose being that as a whole...it would be a cool party favor.
but when the kid gets sick of their robot...they could be dismantled for more fun.
i can't wait to share our other ideas with you.
by the time we are done...you will be all set to throw your own robot party.
:)

so weigh in please...join our silly fun!

which do you prefer? 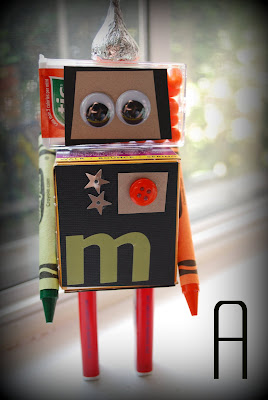 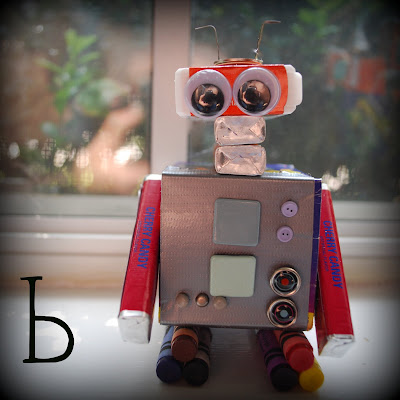 i'll let you know whose is whose at the end of the week!