a weird place for a reminder. 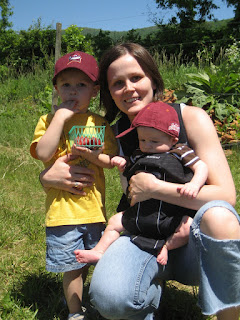 So this post may make you convinced that I am completely loopy.
I partly am, I will admit but not totally.
~*~
Jon and Kate plus 8 have reminded me.
I used to DVR the show on a regular basis...but then Kate got a little too crazy for me and I lost interest and before you know it, it was booted from the DVR list.
Then recently there was all that drama in the tabloids about them that I was refusing to believe. But I was curious...so back on the DVR it went for the season premier.
I barely made it through without bawling my eyes out. It. Was. So. Sad. From the looks of it and from reading between the lines...they are going down the path to divorce.
During Jon's interviews for the show he just looks so disconnected...they both do. For some reason my heart is broken for them...and their kids...ugh, those precious little ones.
The whole time I am watching it, I want to scream...WHAT CAN I DO!!!???
Loopy, right?
I am not the type to give a poo about celebrities. See my Howie Long story to prove that.
But something about this just kills me. As I watched and listened I could hear their pain...as they realized that this is what it has come to. All of the past talk about always being there for their kids...renewing their vows, etc...seems to be all for nothing as they sit at this new stage.
I prayed for them during commercials...yes I know, loopy. But not...because I felt like I needed to...because for some crazy reason I felt like I needed to do something for those poor broken people that I don't know.
~*~
And all at once it hit me...and I nearly did cry. How VERY precious my marriage is...how delicate and fragile it really is. And we have a good marriage. And so did they at some point, I assume. But it looks like one too many things came between them. When there should be nothing between them but God, undying love and concern for the other.
It shook me a little...makes me think twice about the things I do in a day and how I need to be as a wife.
And Jon and Kate reminded me. Nothing should be between me and my husband and the Lord. Not the junk of the day to day, not the chores, or the crazy kid days. Or the kids. I can't let the little things creep in there...because before you know it...there would be hundreds of little things. And when you are crowded with all those things...the Enemy can creep in all the easier.
I should always be above reproach in my actions around others...especially with the opposite sex (it looks like Jon was in the wrong place at the wrong time and the press just ran with it).
I think Jon and Kate are a reminder that marriage needs to come first...not "other"...ever.

I am not passing judgement on them at all...I obviously know nothing about their day to day life and what happened to lead them to where they are...And I sincerely pray for them to have a marriage that is healed...wouldn't that be an awesome testament to the world?

I am thankful for the reminder that marriage is beautiful and precious and needs tending to just like anything else I want to grow.

"...A cord of three strands is not quickly broken"
Ecclesiastes 4:12 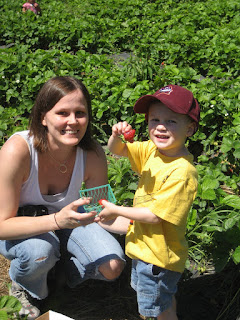